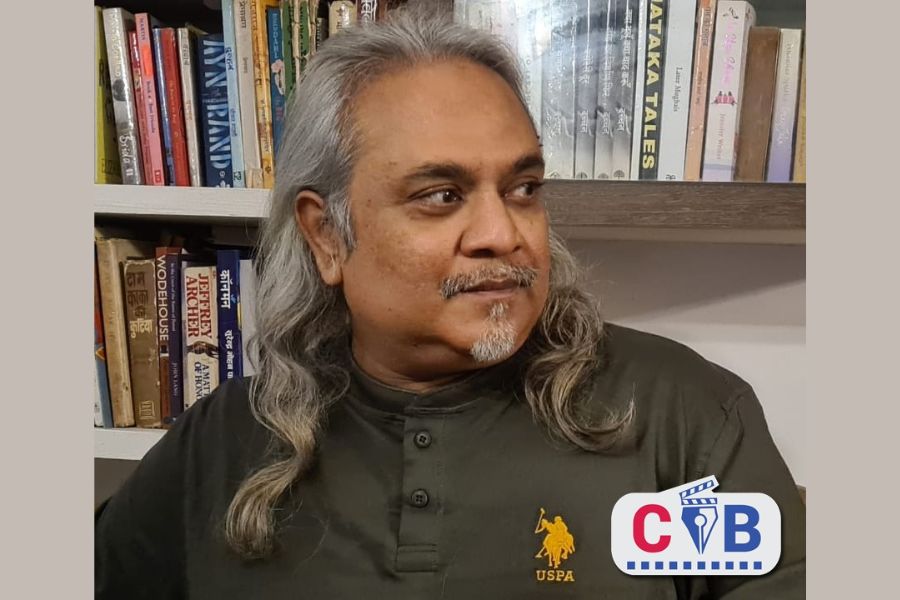 At Cineblues the true emotions & passions of a cinegoer aces the repetitive and aching routine of news says Vishal Verma.

November 24: The founder of www.cineblues.com – a never ending movie carnival dives deep into Cineblues idea/dream and how it aims to bridge the gap between reel and real, reality and dreams.

A child born from life and fed by cinema, Vishal Verma has been passionate about movies since he started visiting those single screen theatres watching Sholay (1975) in Minerva theater movie at the age of three and Zanjeer (those repeat runs) with his father Virendra Verma popularly known as Vermaji – an award winning film journalist of the golden era.

In a country were cinema is life and cricket is religion, were the gods on field and silver screen unite every religion, cast and creed having numerous portals claiming to be the true voice of the industry, Cineblues is the only fascinating retreat a destination that caters to the masses, classes and the industry.

Primarily a window that peeps into the sense and sensibilities of the creator (filmmaker, musician, artiste in general) and his/her audience, Cineblues promises to be a never ending journey, a movie carnival as its tag line says.

A vision of a known senior film journalist, movie critic/reviewer, feature writer, columnist and lecturer on film appreciation – Vishal Verma, Cineblues is in English, Hindi and will be expanding its wings in other languages soon.

“After Hindi, Marathi is the next goal” says Vishal Verma.

Already catering to the Tamil, Telugu and Kannada industry in English language and is developing plans to have content in south languages as well.

Compatible in its design to suit all ages and screens – desktop, phone, tablet etc. cineblues will soon have its apps in various regional languages catering to cinema of that particular region/language.

As we are talking about this, Cineblues is repeatedly getting queries from the industry, fans of artistes and users in general to develop special dedicated pages for their idols and bridge the gap and make it as narrow as it can.

“We are overwhelmed by the response and working on something unique that will add more feathers to our cap” shares Vishal Verma. Cineblues doesn’t aim to be a brand but is destined to be a truly devoted movie, cinema, music and life lover’s clan/hub that temples the common thought of expressing purely from heart about movies, cinema, art and its people” adds Vishal Verma gladly.

The site www.cineblues.com has specialized sub categories like nostalgia, classic, humour etc that gives the website a definite edge. Cineblues – Youtube Channel is dedicated to create content that stands unique but still is relatable to everyone.

Cineblues team of a dozen plus authors including its founder Vishal Verma who is also the Editor in Chief in Hindi and English are constantly looking to voice their opinion that comes from heart and is not burdened by any obligation/bias towards the creator and or promoter. Innovative names of authors like Grouch On The Couch, Filmi Ilmi, Shweta Talkies clearly underlines the similarities between Cineblues vision and the authors/writers approach.

Plus those who are dreaming to tell stories on or off screen Cineblues is coming up with good news soon (bridging the gap between reality and dreams as said earlier).

On asked about its competitors and competition in the digital entertainment/portal field, Vishal Verma says, “First of all Cineblues is not just news and doesn’t strive to be the No.1 entertainment news publication in the digital field, Cineblues is happy in its heartfelt celebration, any passionate cinegoer can join Cineblues and express, it’s a never ending movie carnival”.  Just like the great Mohammed Rafi in Indian playback singing – there will be top players in digital entertainment news well versed, researched, precise and composed.

The post Vishal Verma: “Cineblues is not just news, it’s an expression, a celebration of cinema and life” appeared first on Republic News Today.