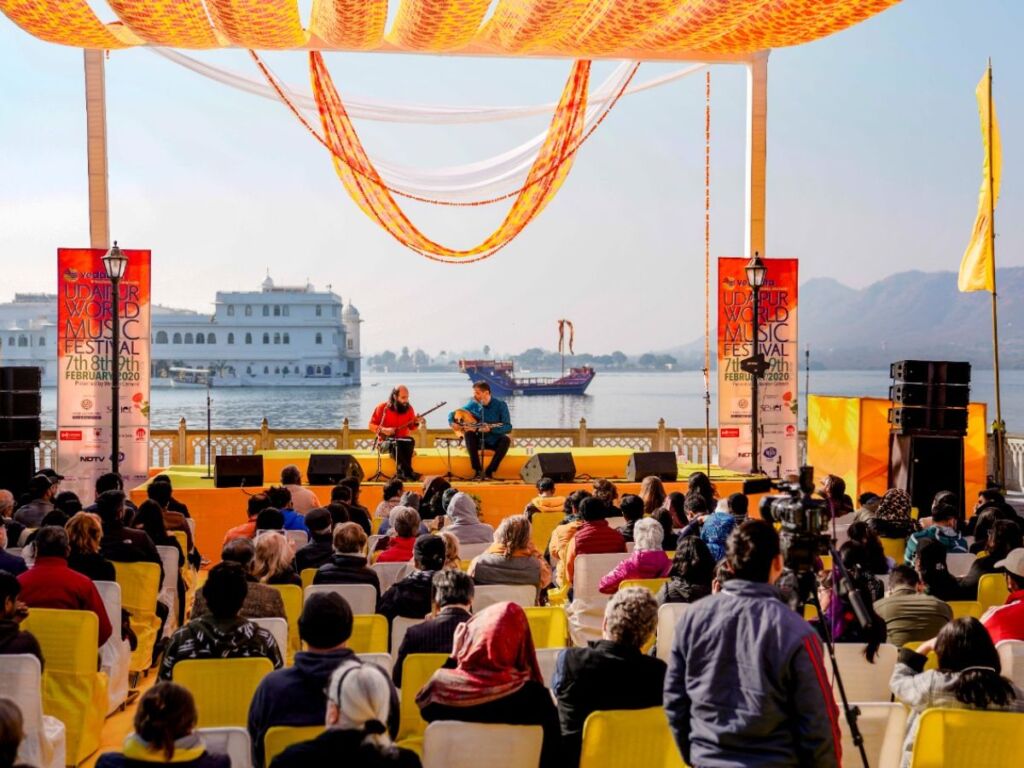 The music festival will be held in Udaipur from the 16th to the 18th of December 2022.

New Delhi (India), December 9: Vedanta Udaipur World Music Festival, India’s biggest world music extravaganza, announces its sixth edition, to be held from the 16th of December to the 18th of December, 2022. The festival, conceptualised and produced by Seher is brought to you by Rajasthan Tourism and will witness performances by over 120 renowned musicians from across the world. The focus of this year’s musical celebration will be the revival of forgotten musical instruments like the Sarangi by giving the local musicians an international platform to showcase their talent.

The first day of the festival will witness Sarangi performance along with several celebrated artists. Taking the folk tradition further, renowned singers like Jasleen Aulakh, Parvaaz, Abakorao with their popular Latin tunes, and Papon will perform songs from their respective genres.

The second day will host artists like well-known violinist Nandini Shankar, Bruno Loi and Jonathan Della Marianna, showcasing the Launeddas instrument from Italy, Kamakshi Khanna, Katia Guerreiro, the eminent Fado singer from Portugal, SENZA from Portugal, Blessing Bled Chimanga & Dreams from Zimbabwe, the very popular The Raghu Dixit Project and Habla de mi en presente, a high energy band from Spain. The day will also witness the performance of Sarangi players and the announcement of the results of the Vedanta Talent Hunt.

Speaking of the event, Sanjeev Bhargava, Founder Director of Seher, said, “Our team at Seher has worked hard to build this festival in its 6th year and we are grateful that the audience support has been tremendous over the years. It has come to become one of the biggest world music festivals not just in India but in the world. This year’s line-up will see world class performances from across the globe as well as the inclusion of Sarangi as one of the focus instruments of this edition. I hope the public of Udaipur and India would love this experience after a gap of one year.”

“The Vedanta Udaipur Music Festival has always been close to our hearts, and this year, with the performances of such acclaimed artists, it will be bigger and better. All of us are excited and are looking forward to a grand reception by the people of Udaipur,” Mr. Arun Misra, CEO, Hindustan Zinc Limited said. said.

The festival hosted the Vedanta Talent Hunt which aspires to give local artists from Udaipur and neighbouring districts a platform to showcase their talent. This is done to help audiences reconnect with the musical soul of the region and give recognition to artists who inhabit the by-lanes of this beautiful city of lakes.

The post The wait is finally over! Vedanta Udaipur Music Festival returns to the city of lakes with an eclectic lineup for its 6th edition appeared first on Republic News Today.