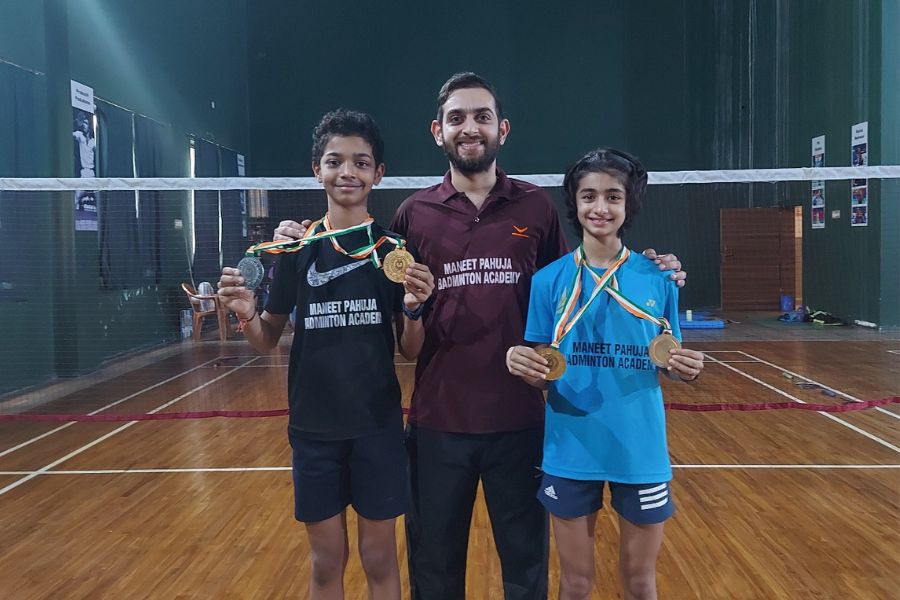 Surat (Gujarat) [India], November 11: Top seed from Surat Siona Gala and Tanish Choksi maintained their supremacy by winning the sub-junior boys and girls (U-13) title at the state-level badminton tournament organized by the Gujarat State Badminton Association (GBA) at the Indoor Stadium in Rajkot. Both the winners will represent Gujarat at the sub-junior National Games to be held in Lucknow.

About 300 badminton players from the sub-junior category participated in the state-level tournament organized by the GBA for the U-11, U-13, and U-15 tiles at the RMC Indoor Stadium in Rajkot from October 31 to November 5.

Surat’s Siona Gala defeated Gandhinagar’s Anusha Pandey 21-14 and 21-14 points in the singles badminton tournament of U-13 title. In the girls’ doubles competition, Siona and Anusha Pandey defeated Ahmedabad’s Avani Patel and Yuva Patel for 21-11 and 21-10 points.

In the boys doubles U-13 category, Surat’s Tanish Choksi and Kutch’s Bhashya Pathak defeated Mehsana’s Rudra Chauhan and Ahmedabad’s Parth Puri for 8.21, 21-12 and 21-10 points. Moreover, Tanish Choksi was declared the runner-up at the boy’s singles tournament.

Both Siona and Tanish are coached by Maneet Pahuja. Following the win in the U-13 category, the players will represent Gujarat at the sub-junior National Games to be held in Lucknow.