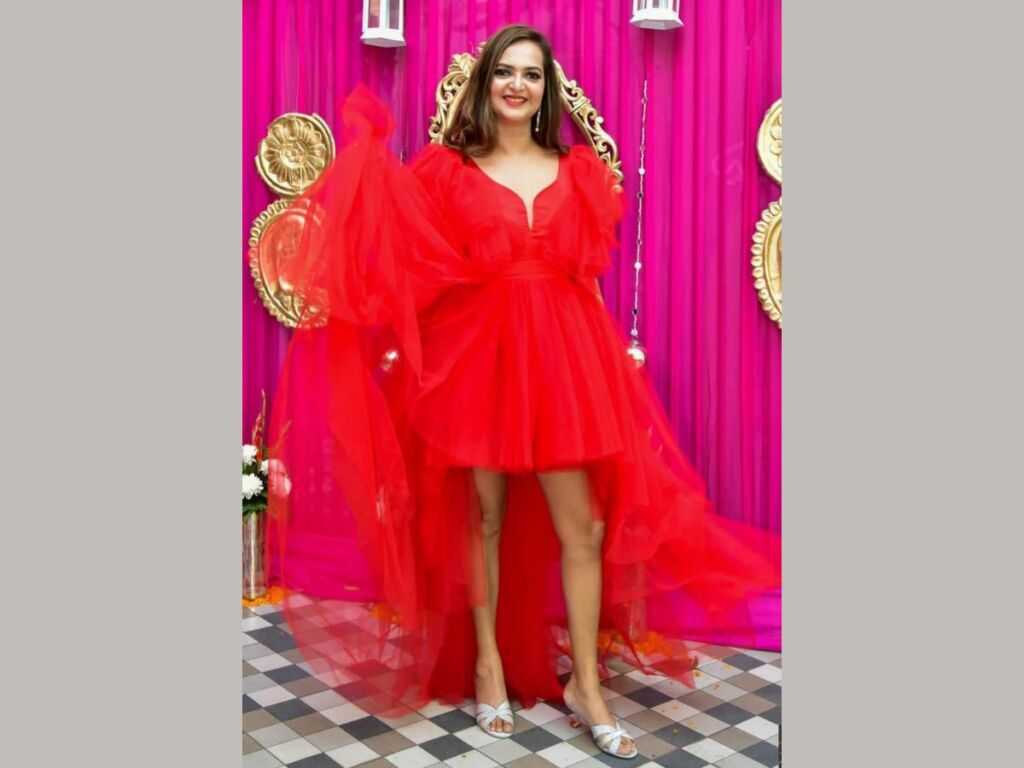 Mumbai (Maharashtra) [India], December 16: Sometimes love can be found in the most unconventional situations! And well, actress Manya Pathak has firsthand witnessed this. Watching her sister choose the man of her dreams, Manya along with her husband was part of the Amazon miniTV reality series, Datebaazi.

Sharing her experience of starring in the series, Manya said that it did not feel like she was on a show. “I was pleasantly surprised by how fun the shoot was. Rithvik was so full of energy that it made the shoot even more enjoyable. None of us realised that we had completed the duration of the shoot. Because we were busy enjoying each and every moment thoroughly, the time went by so swiftly. We asked a lot of uncomfortable questions boys to test them. To say we did not have fun doing that would be false! All in all, I am glad that my sister chose the guy that we all loved.” When asked Chinmay Parab, casting director of Datebaazi about how was shooting experience with Manya, he said “Manya thoroughly enjoyed and so did the entire team! Her energy was all the time high and had a blast on the set”.

Manya further revealed that while the show allowed her to get to know her sister better, it was her husband that was uncomfortable with the shoot in the beginning. “To be honest, it was a bit awkward for my husband, Pratekk because he is a bit old-school. It was a bit difficult for him to grasp the idea of speed dating. But in the end, he even ended up enjoying the process and had fun during the shoot.”

Datebaazi premiered on 1st December, exclusively on Amazon miniTV for free within Amazon’s shopping app and on Fire TV.