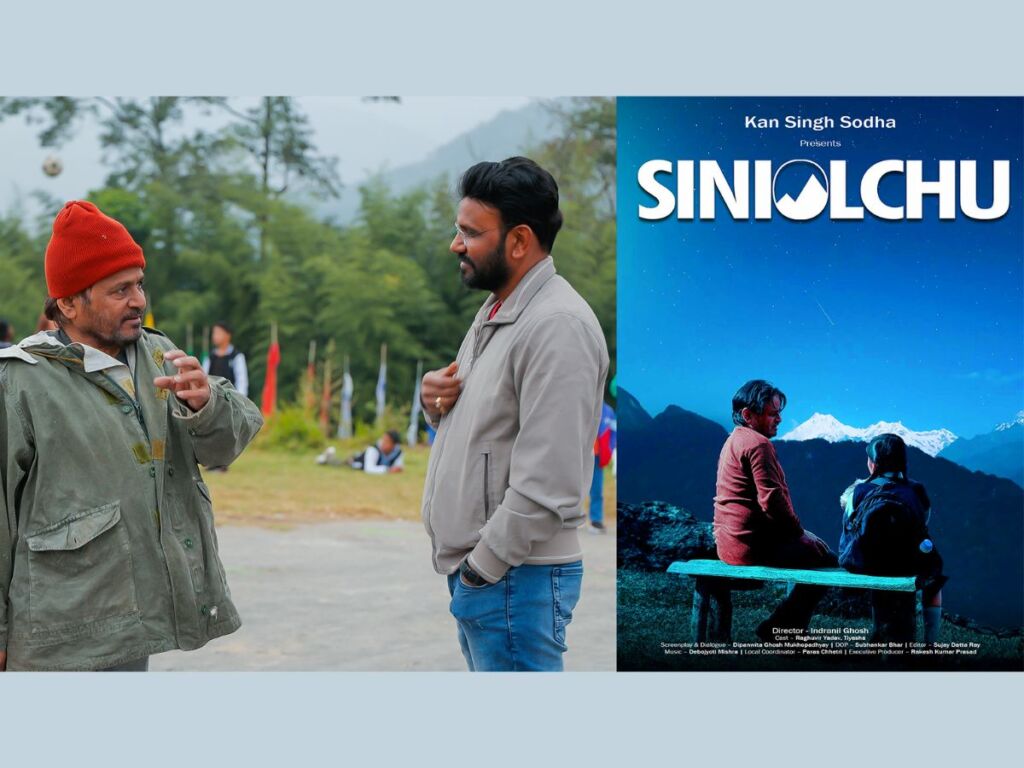 Siniolchu is set against the backdrop of Sikkim. As the tag line Of Sikkim goes, a small beautiful hamlet, many of which form the real beauty Of Sikkim, is the epicentre of the story. The houses of the main characters are set against the backdrop of the Siniolchu Peak. The cultural nuances of the Sikkimese people are highlighted throughout the script & all supporting characters played by local cast. The mention of usage of organic products by the people of Sikkim forms an integral part of the script.

Excited about the film, renowned production designer and director, Indranil Ghosh said, “It is a humane story based on true events. And this sweet relationship of friendship between two humans, transcending the barriers of age, has a unique and heart touching global appeal.”

The story revolves around Daowa and his hens. His only occupation was to sell their eggs. His only human friend was eight-year old Maya, with who he used to spend good time. One day the headman declares ban on selling of eggs and hens. What happens next forms the crux of the story.

“The story of the film is connected so strongly to nature and to the soft natured people of the hills, that after seeing this film, I am sure many would want to come here to find peace and serenity.” said renowned actor Raghubir Yadav.

Positive about the film, producer Kan Singh Sodha said, “Siniolchu tells a simple story of friendship, joy and pain. And the language of emotions is universal.”