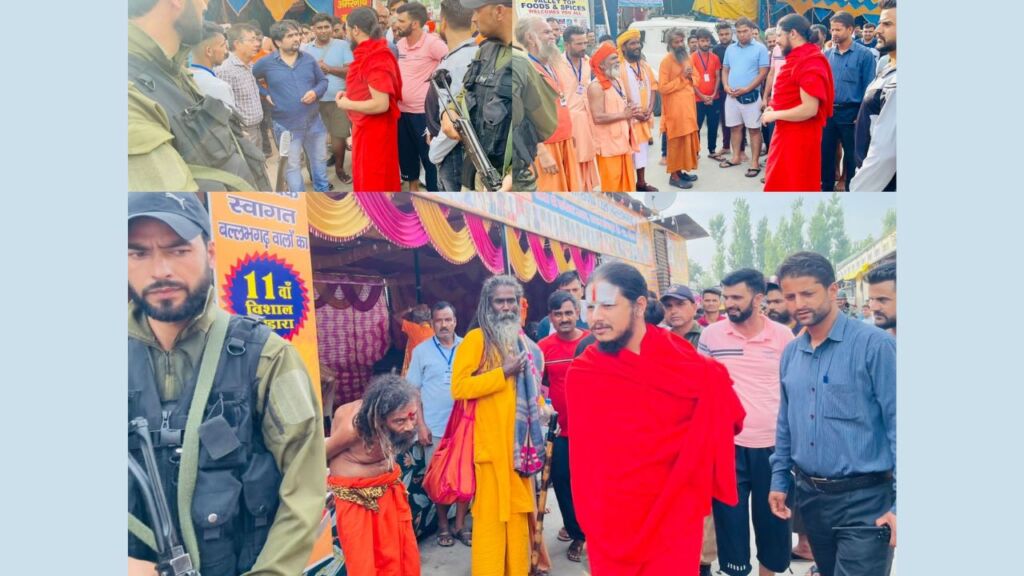 July 29: Amarnath Yatra is considered among the most pious and spiritual yatras. July- September is considered the favourable month for the pilgrimage. It is regarded as the Amarnath cave as one of the 51 shakti peetha throughout south Asia, and the lingam represents LORD Shiva.

This year also pilgrimage started as per the schedule with the blessing of Baba Amarnath. But due to the cloudburst incident, the Yatra has been temporarily suspended. The devotees have been rescued safely by our task force and are eagerly waiting for it to recommence.

Our beloved Swami Priyam Ji is devoting himself to this selfless act of helping and supporting the devotees at any stand. We can see him meeting with different devotees & rescued people, offering their support and prayers for them. Swami Ji is working with our frontline heroes and administration. He is reassuring that no one is having any problems and helping with the maximum support possible, whether physically or emotionally. As per the report, the route to Amarnath was damaged, and the repair work is still ongoing. It will take some time to repair the track and resume yatra. The rescue team is working relentlessly day & night. The rescue operations are being carried out by a joint effort of the Indian Army, the CRPF, the Indo-Tibetan Border Police (ITBP), along with teams of the National Disaster Response Force, state disaster response force, and police.

Many have been severely injured, and a few devotees lost their lives too. Swami Ji has been very disturbed after this incident and is trying to be supportive and helpful to everyone. He also offered his prayer for the peace of soul and wished that yatra get resumed as soon as possible so that they all could do the darshan of Baba Amarnath.

The post After Cloud Burst, Baba Swami Priyam Ji Visits Amarnath to Offer His Support and Prayers to the Devotees and Rescued Bhakts appeared first on Republic News Today.